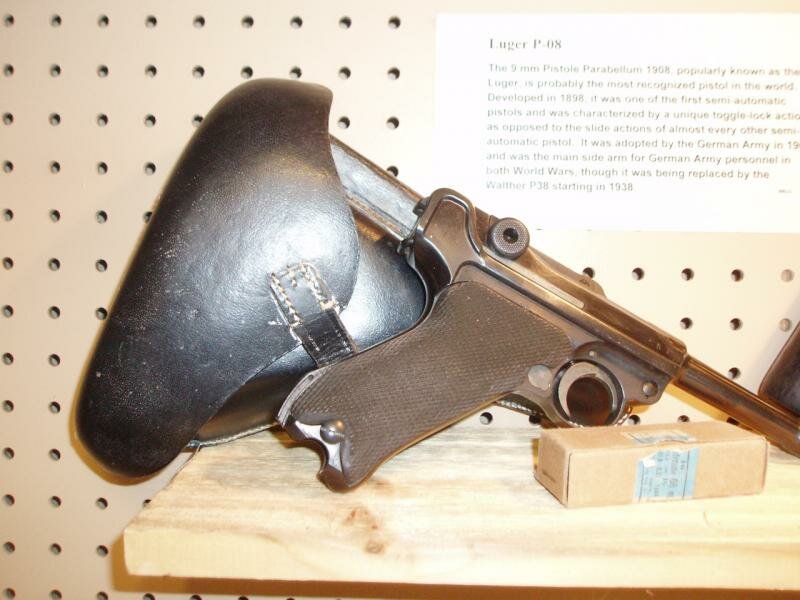 The 9 mm Pistole Parabellum 1908, popularly known as the Luger, is probably the most recognized pistol in the world.  Developed in 1898, it was one of the first semi-automatic pistols and was characterized by a unique toggle-lock action as opposed to the slide actions of almost every other semi-automatic pistol.  It was adopted by the German Army in 1908 and was the main side arm for German Army personnel in both World Wars, though it was being replaced by the Walther P38 starting in 1938. 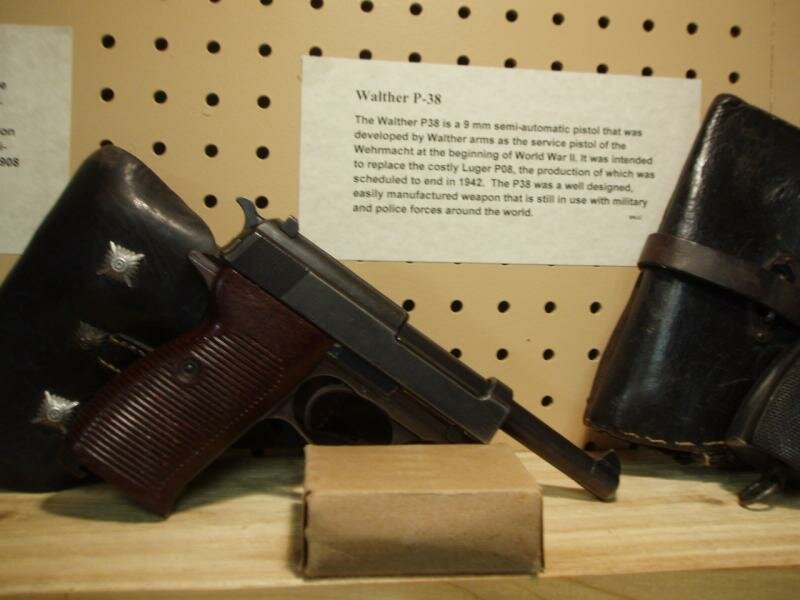 The Walther P38 is a 9 mm semi-automatic pistol that was developed by Walther arms as the service pistol of the Wehrmacht at the beginning of World War II. It was intended to replace the costly Luger P08, the production of which was scheduled to end in 1942.  The P38 was a well designed, easily manufactured weapon that is still in use with military and police forces around the world. 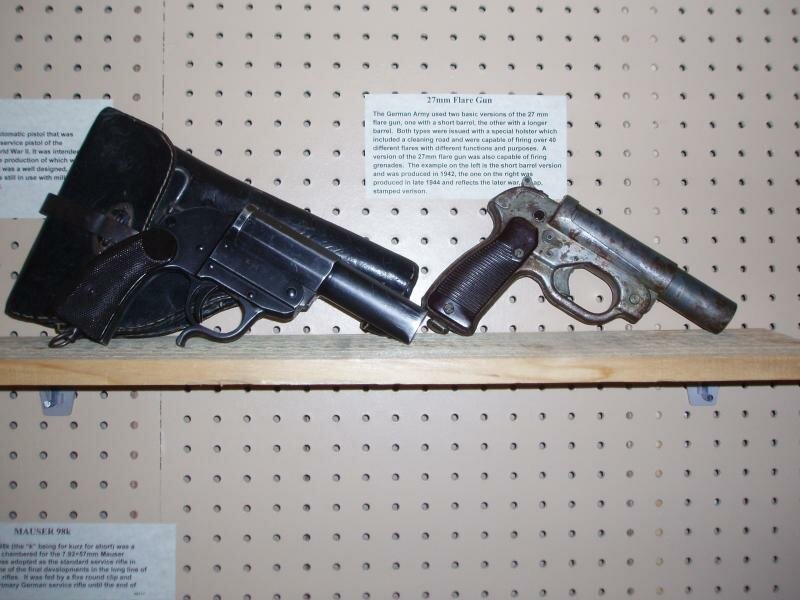 The German Army used two basic versions of the 27 mm flare gun, one with a short barrel, the other with a longer barrel.  Both types were issued with a special holster which included a cleaning road and were capable of firing over 40 different flares with different functions and purposes.  A version of the 27mm flare gun was also capable of firing grenades.  The example on the left is the short barrel version and was produced in 1942, the one on the right was produced in late 1944 and reflects the later war, cheap,  stamped verison.