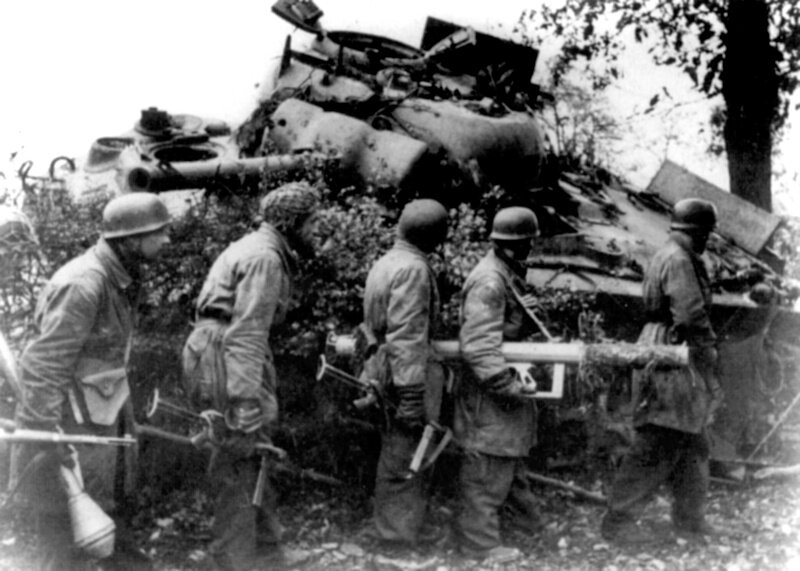 In addition to the Luftwaffe Anti- Aircraft units embedded in Army combat formations for Flak and anti-tank, the Luftwaffe had a significant presence as ground combat troops.  This increased as tthe war wore on and the skies provided less opportunity against Allied air superiority. 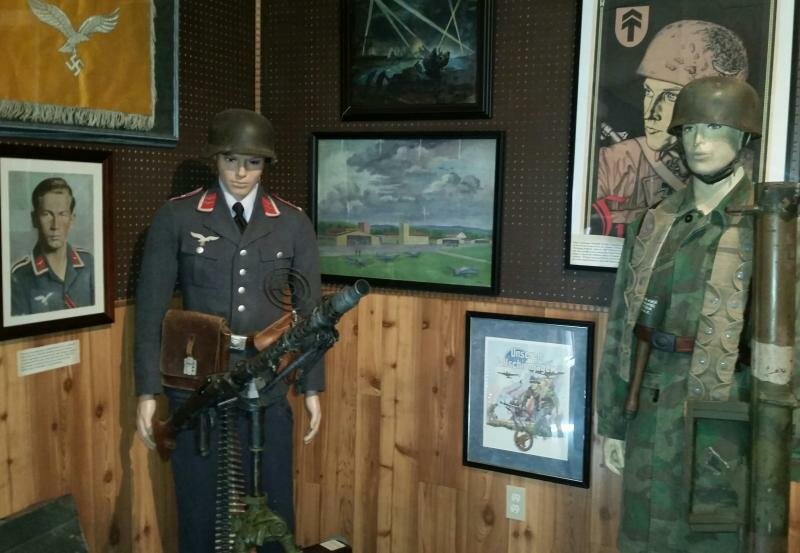 The best of the Luftwaffe ground troops were the Fallshirmjaegers (paratroopers) who were deployed as elite Infantry as the airborne option diminished.  As fuel and material shortages reduced flight capabilities, other Luftwaffe support troops were deployed to ground formations in Luftwaffe Field Divisions which were poorly trained and equipped, and generally not very effective. 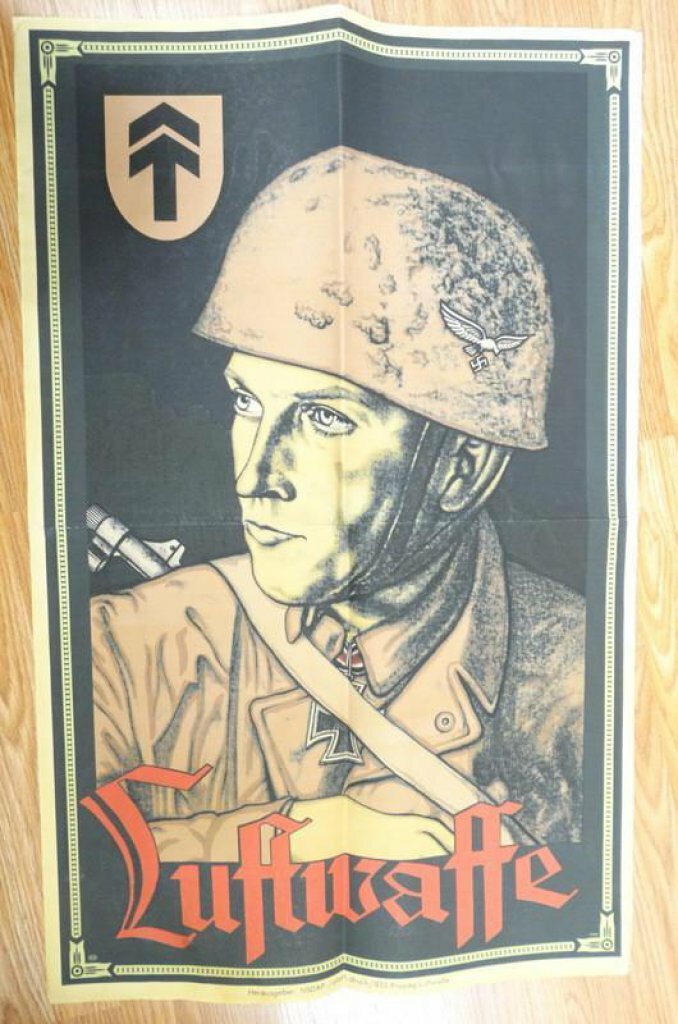 Luftwaffe paratroopers on the other hand were very effective. They were key to the early success of the Bitzkrieg.  The airborne invasion of the Island of Crete was costly but a remarkable accomplishment. Crete was the highwater mark for the German Airborne, and for the rest of the war they were mostly employed as high caliber Infantry.

German Paratroopers were highly motivated and fought extremely well against the Allies in the battle for Europe. In Italy the defence of Monte Cassino by the 1st Para Division remains legendary to this day.  In France the Fallshirmjaeger fought with distinction against American forces around St Lo.  German paratrooper formations continued to wage effective battle and remained as some of the most elite fighters in the Wehrmacht until the final days of the war. 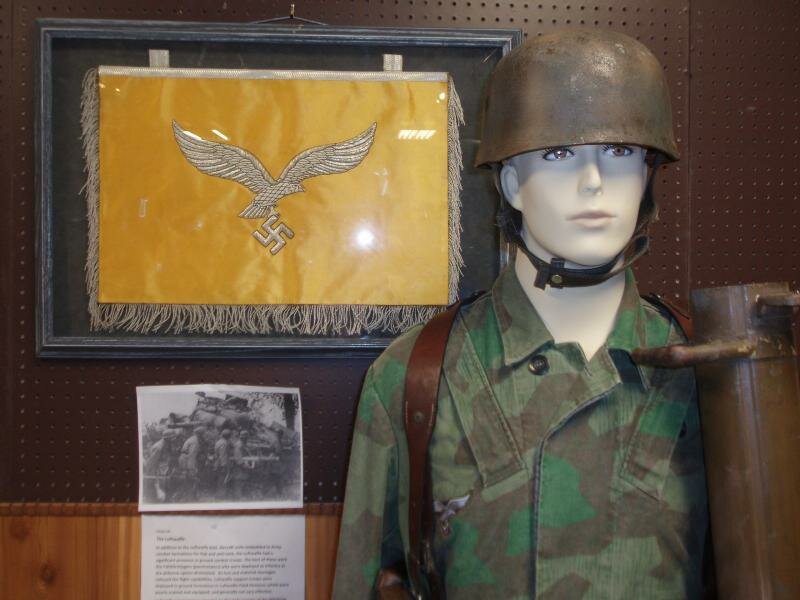 This Paratrooper is wearing the standard issue jump smock with zippered pockets to the front and specially designed trousers.  He is wearing the M38 helmet which was designed specifically for airborne troops and varied from the standard helmet with interior padding, a “Y” pattern leather chinstrap harness, and cutdown style.   He is also armed with a Panzershreck anti-tank rocket launcher which was the bane of Allied tank crews for its deadly punch (See separate narrative for the Panzerschreck in the weapons display).

Luftwaffe Fnnged flag with silver embroidered eagle with "STEMPEL" enbroidered on the other side.  Stemple was a promnent Luftwaffe airfield and this was likely a HQ flag there.

The tactical impact of German Flak units was vital in many of the battles of the European Theater.  The impact of the 88mm in the ground role was first felt in France in 1940 when German AA units were depolyed to stop the Allies major armored counterattack. The 88mm demonstrated its lethality there and was also an integral part of the Geramn defence in North Africa.

Perhaps one of the best examples of Flak in the ground support role came in France in 1944 during the fighting for Caen.  An 88mm Flak batttery was redeployed to counter the massive British armor assault during Operation Goodwood. After engaging Allied aircraft which were pounding the area, the guns were redirected at the advancing British tanks with devastating effect.  Goodwood failed with high casualties and the Germans were able to reconsolidated their positions.

German Anti-Aircraft troops had red as the color of their branch which is visible on the Flak NCO in the dislay with red collar tabs and red piping on the shoulder boards.   This is also evident in the portrait of the NCO aboive.