On the night of 9 July, 1943 the Allies landed in Sicily in Operation Husky.

LST 344 (USS Blanco County) landed troops and equipment at the Gela beachhead on Day 2 of the landings and was attacked by German aircraft.

While the majority of the Italian units demonstrated little enthusiasm for the fight, the Germans conducted a dogged and skillful campaign as they slowly withdrew from the island to the Italian mainland.  By mid August the Germans had completed a textbook example of a tactical withdrawal and the Allies were in control of the island﻿.

In a pre-arranged agreement, the Italian government effectively surrendered on 8 September, 1943 and the Allies invaded Italy the next day.  The Americans, led by the Texas 36th Infantry Division, landed at Paesturm while the British landed earlier further snorth closer to Salerno.  LST 344 (USS Blanco County) was in the Salerno landings on the first day.

The Germans reacted swiftly, disarmed the Italian Army and immediately brought pressure on both landing sites before withdrawing to more defensible terrain further north.  That became the pattern for the fighting in the Italian campaign as the Germans slowly withdrew to prepared positions in the mountains. 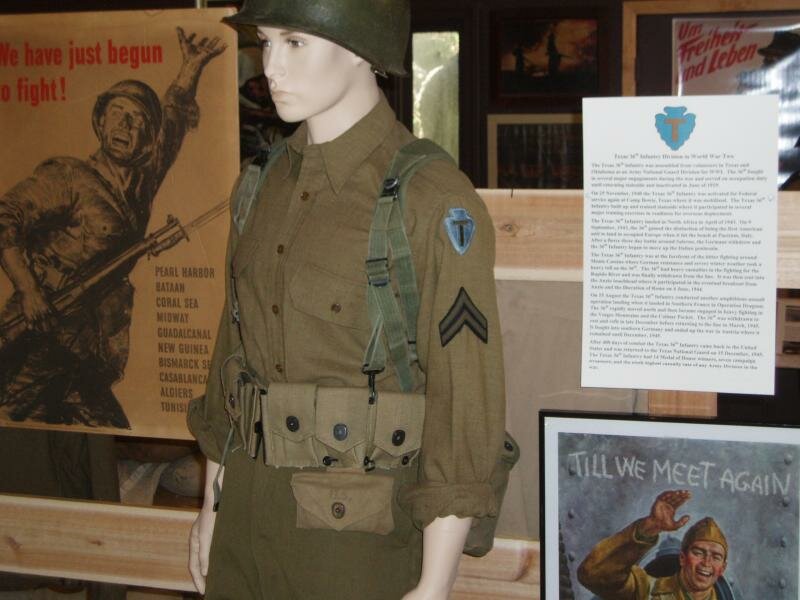 The Allies ground away at a series of defensive lines which extracted a heavy toll as they slowly advanced up the Italian peninsula. Typical of the price paid was that of the Texas 36th Infantry which had the 3rd highest casualty rate of any American Division in the war.

An attempt to outflank the German line by landings at Anzio failed and the Allies advance stalled over hte winter of 1943.

The Italian campaign was noteworthy for many reasons, but the multi-national array of Allied forces is often overlooked,  As an example during he fighting at Cassino there were Australians, Canadians, Morroccans, Senegalese, New Zealanders, Poles, French and Italians (on both sides) in addition to the British and Americans.

The Germans made them all pay before finally withdrawing to prepared positions north of Rome. The allies entered Rome on 4 June, 1944, which was overshadowed two days later by the landings in France

The fighting in Italy continued to follow the same, costly pattern: the Germans occupying a defensive line, the Allies slowly forcing them out until they withdrew to the next position.  ﻿

While the Italian campaign was designed to “attack the soft underbelly of Europe” (Winston Churchill) it turned into a slow, costly, and grueling fight up the Italian peninsula until the German forces finally surrendered in northern Italy on 2 May 1945. ﻿ 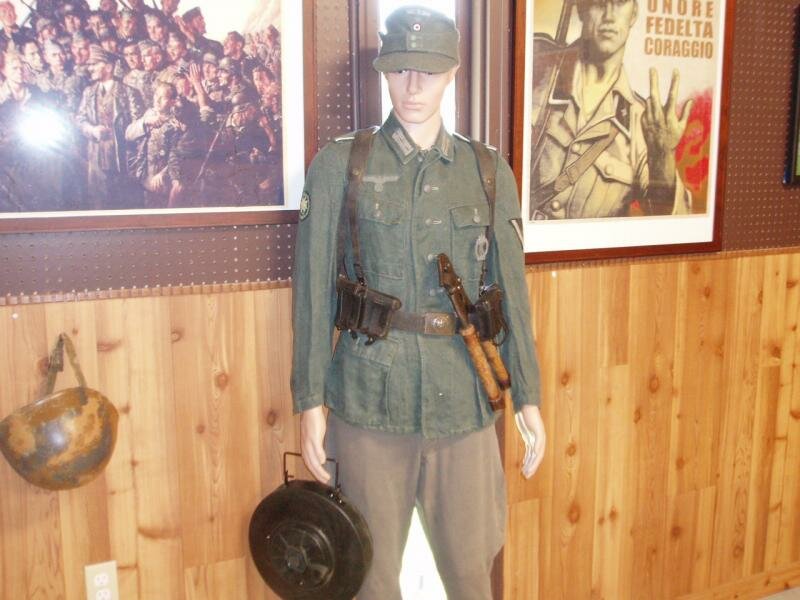 The German Soldier here is a Pioneer (Combat Engineer) of the mountain troops noted by the Edleweiss patch on his right sleeve.  He is in summer uniform made of herringbone twill with boots designed for mountain use.  The soldier is carrying a Teller mine and on his left hip is an issue pick in its carrying case, an essential piece of equipmet in the rocky Italian landscape. ﻿Pioneers were key players in the German strategy of delay by blowing bridges, roads, and anything that could possibly impede the Allied advance. 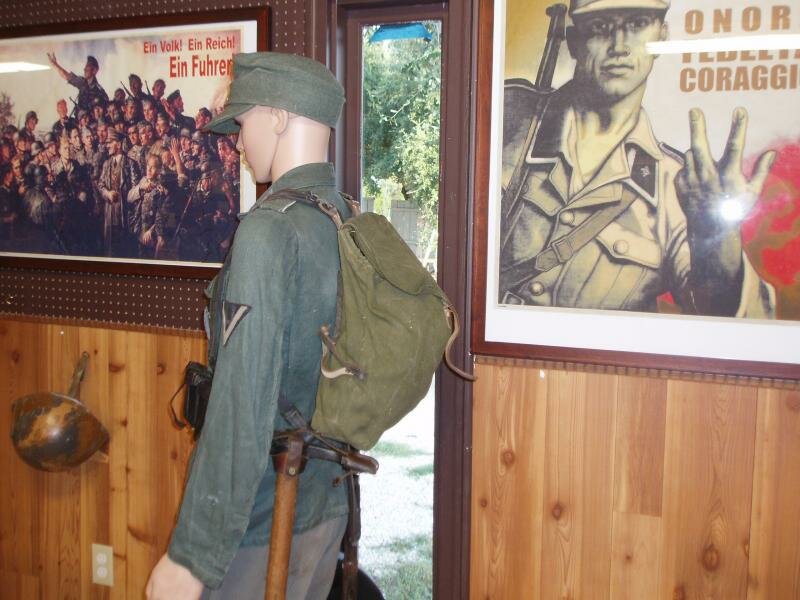 The German's skillful use of mines and obtacles in Italy was almost legendary. One technique involved digging holes in roads and then filling them with metal scrap for a long stretch.  Allied minesweepers would detect the metal, and then would have to go through the careful process of removing whatever was there which was a time consuming process.  To keep the game interesting, the Germans would occasionly plant real mines under the scrap or in holes further down the line as a reward if the advance got careless. And it was a safe bet that a any mine would be boobytrapped.with lift devices.

Not content with that alone, the Germans would also intersperse non-metallic shu and glasmines in the pattern to take out the minesweeping crews. For a reasonable amount of personnel, mine fields could hold up advancing Allied troops for a consderabe length of time and also extract a deadly toll in the process.

The pyschological effect of mines was as damaging back then as it is today.