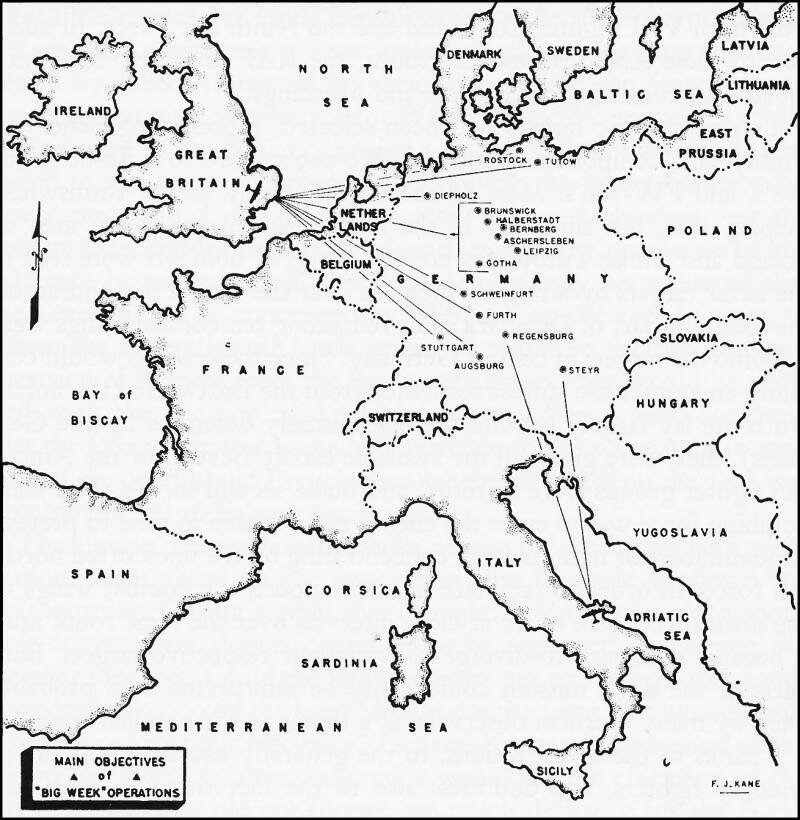 In early 1942 the first American forces began to arrive in England.  The American Air force, then known as the Army Air Corps, established the 8th Air Force and immediately began making daylight missions over occupied Europe.

While the British were committed to a campaign of bombing German cities at night, the American focused was on strategically bombing German industry.  The American’s main weapon was the B-17 Flying Fortress, a heavy bomber with a crew of 10 and armed with 10-12 caliber .50 machine guns for defense.

Early forays into occupied Europe by American bombers confirmed what both the Germans and the English already knew…that unescorted bombers, even those bristling with defensive weapons like the B-17, were highly vulnerable to enemy fighters.   American bombers suffered heavy losses until the arrival of the P-51 Mustang fighter which could escort bombers deep into German airspace with drop tanks. 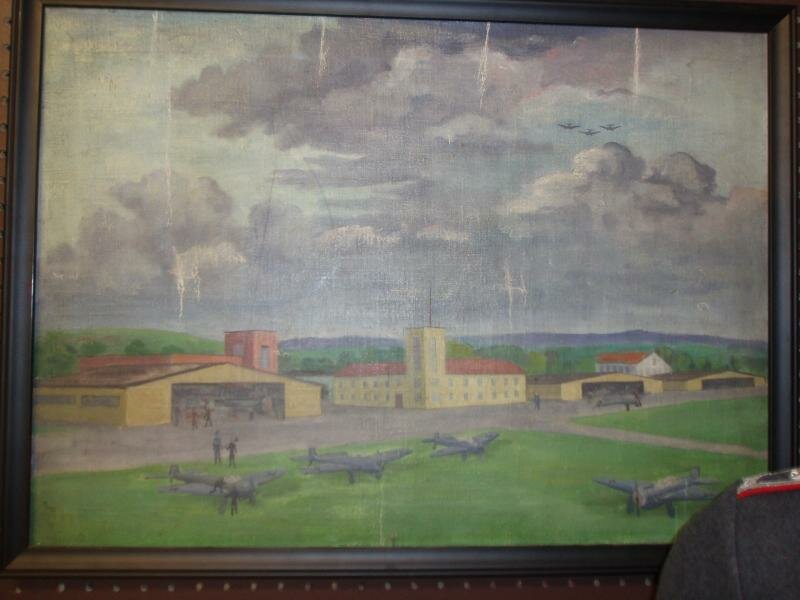 Idyllic scene of a Luftwaffe airfield in  1940﻿

American strategic bombing started paying dividends as they began  to seriously interupt German armaments and fuel production.  In early 1944 the focus shifted to destroying German aircraft production, airfields, and confronting the Luftwaffe in the skies.  The offensive achieved its goal and the Luftwaffe never recovered enough to confront the Allies in the air again.  By the time the Allies landed in France in June of 1944 they had achieved total air superiority over the battlefield.

Control of the skies over the battlefield provided Allied ground forces with a tremendous tactical advantage.  In addition to their resupply being targeted on a daily basis, Allied aircraft hammered German ground forces anywhere they were found making tactical movment possible only at night.

The price for this was not cheap.  By the end of the war, the 8th Air Force alone had over 26,000 aircrew killed in action, more than all of the Marines killed in the entire war. 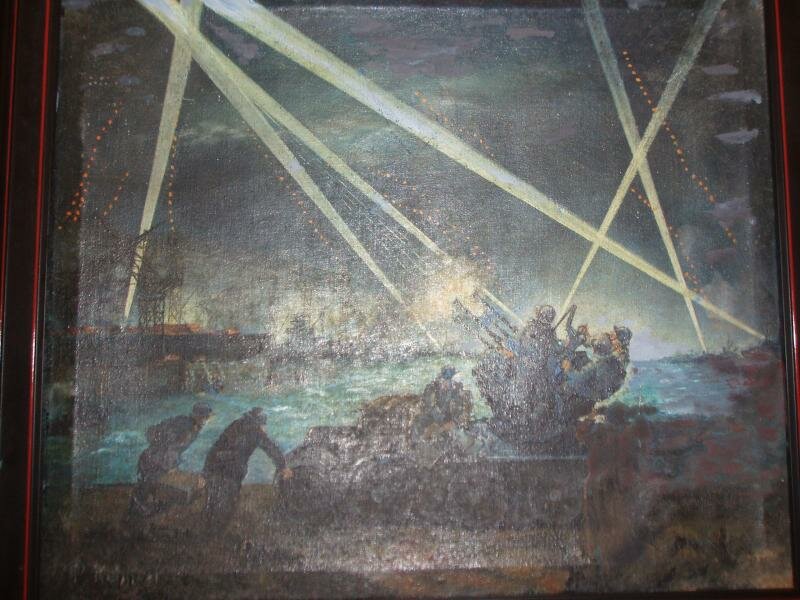 Luftwaffe Quad 20mm Cannon firing into the night sky over a harbor. ﻿

In addition to its flying arm, the German Airforce (Luftwaffe) was primarily responsible for Anti-Aircraft (AA) or Flak defense.  Luftwaffe AA units were attached to Army units in the field to provide anti-aircraft defence, and they had the added value of serving as a anti-armor system. The most renown weapon was the muIti-purpose 88mm cannon which was a very effective anti-aircraft gun and an extremely lethal antitank weapon.

By 1944 the Luftwaffe had virtually ceased being an effective air threat and the Flak Artillery was the only real defense against the growing Allied air superiority.  As a result, increased reliance was placed on the already over taxed Anti-Aircraft Artillery for defense of the homeland.

The Germans managed an effective integrated air defense system that made the most out of their Anti- Aircraft defense weapons.  But every 88mm cannon in that role was one less confronting the Allies at the front. 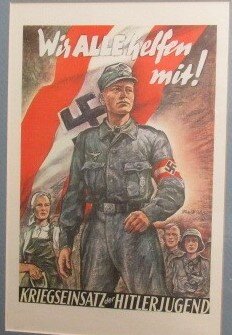 As the war moved on Hitler Youth were even employed as Flak Helpers at local AA gun sites freeing up soldiers for other duties.  Yet as effective as the German Anti-Aircraft effort was, it could never realistically halt the increasing weight of Allied raids.

The introduction of jet aircraft in 1944, particulalry the ME-262 fighter, provided a glimmer of hope for the Luftwaffe in the skies over Germany, but they were too few and too late to have a decisive impact on the outcome of the war.

The soldier depicted here is a Sergeant in the Flak Artillery (red piping on the collar and shoulder boards).  He is wearing the standard issue early war blue gray wool tunic with visor cap with a map case P-08 Luger holster on his belt.  His  uniform is typical of what one would have encountered with  defense duty in Germany.