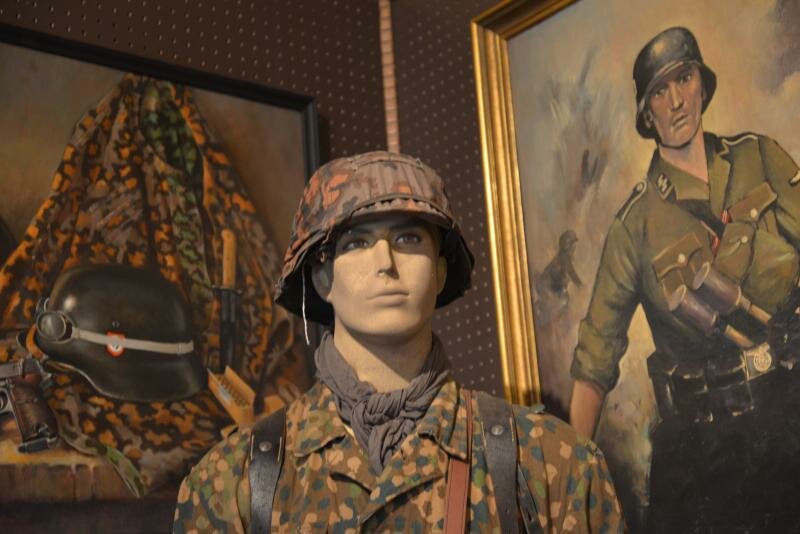 The Waffen (Armed) SS were the most combat troops fielded by the Third Reich.  Embedded with a warrior’s creed that glorified battle, the Waffen SS were the most fanatical and capable troops that the Germans fielded on the battlefield and were increasingly depoloyed as “Fire Brigades” to restore breaches in the lines or spearhead counter attacks.  The Waffen SS grew from three Regiments at the beginning of the war to 38 Divisions by the end.

Waffen SS units were generally better equipped than regular units and were often involved in the heaviest fighting. 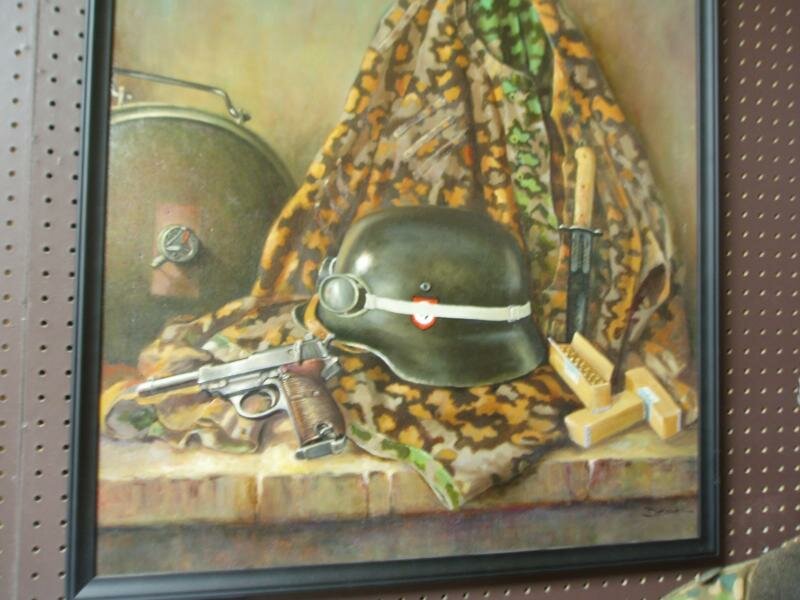 While the early Waffen SS was comprised only of racially pure volunteers with high physical standards, as the war dragged on those standards were relaxed as the need for manpower outweighed the need to maintain those criteria.  Unable to tap into the manpower pool being conscripted by the Army, Navy and Airforce, the SS increasingly had to rely on foreign volunteers to fill its ranks.  By the end of the war foreign volunteers outnumbered Germans and the Waffen SS had evolved into what was arguabley the closest that there ever has been to a true European Army.  It is interesting to note that the last defenders of the Reich Chancellery in Berlin were  French SS volunteers from the 33rd SS Division “Charlemagne." 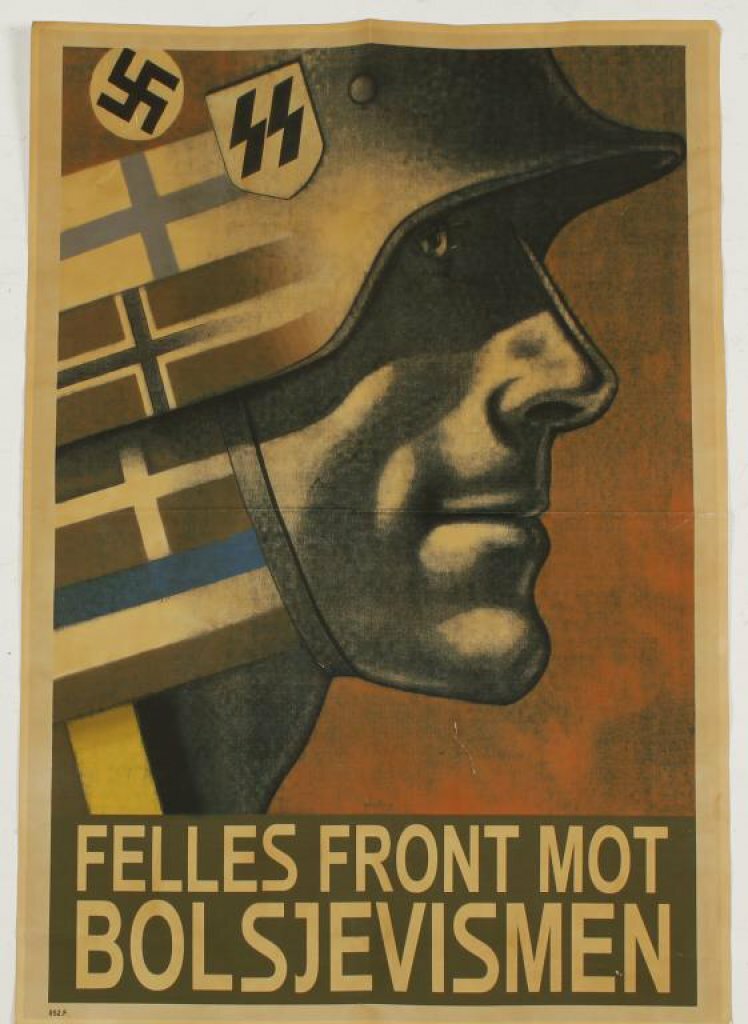 While the average Waffen SS soldier was essentially just a highly motivated warrior, the connection of the SS to the Nazi Party and the record of atrocities of some units resulted in the Waffen SS being branded as criminals by many after the war.  Many were denied the same service benefits provided to veterans of the Army, Kriegsmarine and Luftwaffe. 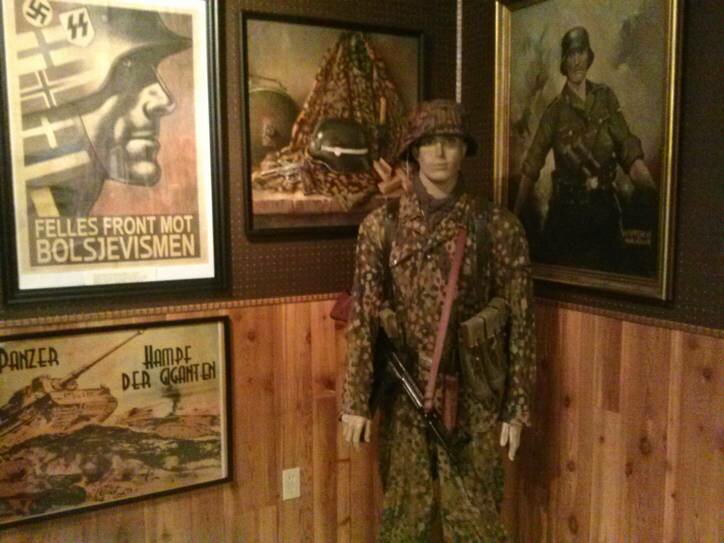 The Waffen SS soldier depicted here is wearing the standard M44 camouflage uniform in the distinctive dot pattern camouflage pattern.  He is armed with the STG 44 assault rifle which provided excellent firepower for the basic infantryman and has a heavy duty set of wire cutters tucked into his belt, an essential piece of equipment for assault troops.   ﻿ 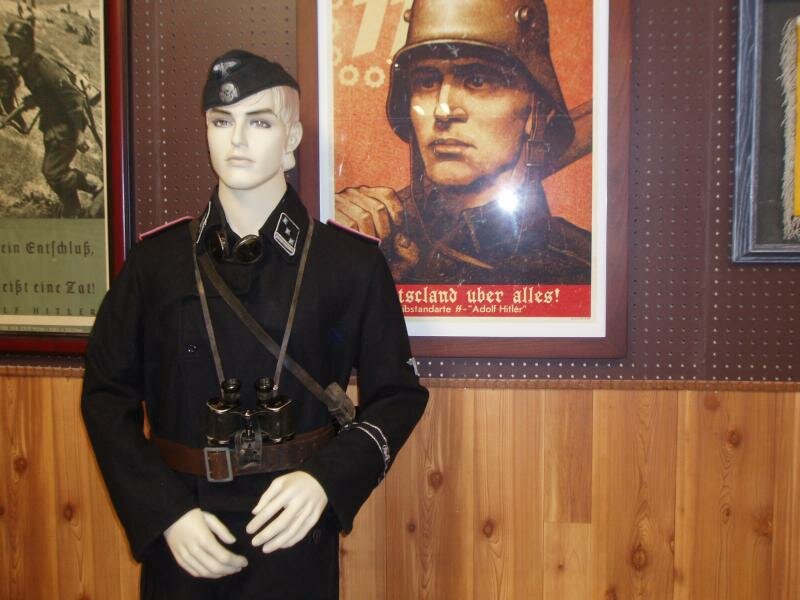 The premiere SS Panzer unit was the 1st SS Panzer Division "Leibstandarte Adolph Hitler" (LAH).  The LAH originated as Hiter's bodyguard and evolved into a combat unit as Germany ramped up its rearming program.  The LAH began the war as a motorozed Infantry Regiment and ended as a probably the most lethal Panzer Division in the German inventory.

The 1st SS Panzer fought with distinction in almost every major battle in the war. It was also renown for being one the most ruthless units on the battlefield.

While the LAH was virtually destroyed in the Normandy battles, part of the unit managed to retreat back into Germany where it reformed, and less than five months later speardheaded the German counter offfensive in the Ardennes.

The SS Hauptstumfuhrer (Captain) on display is wearing the standard black wool wrapper worn by armored crews. German tank crews wore black unfiorms as a matter of practicality than any sinister intent. Black concealed the stains that are inevitable around the oil and grease of armored vehicles.

This tanker is an SS Panzer Captain noted by the eagle on his sleeve and the SS runes on his left collar tab, and the two pips on his shoulder boards. The cufftitle on his left sleeve has "Adolf Hitler" embroidered on it denoting him as being assigned to the LAH.